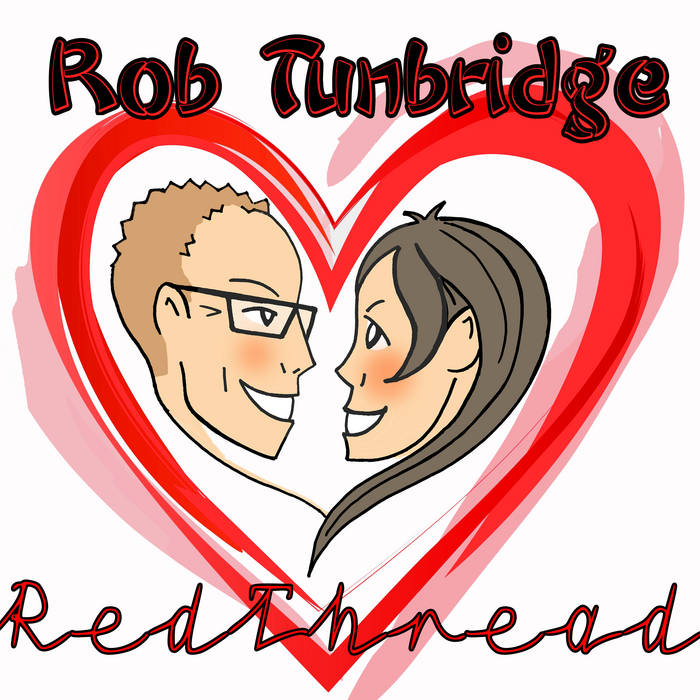 I didn't realise, in 2016, that I was going to make another album. There I was, with my wife, on a train, going to a place called Nakayama that just happens to be the last stop on the line, when an idea for a song started forming in my head. I wrote the basic idea down, on a scrap of paper I had in my pocket and thought to myself: "That's a good idea, think I'll call it "end of the line." When I got back to England, a couple of weeks later, I tried to finish the song but it seemed that inspiration had deserted me and no matter what I tried, it just wouldn't come together.

Roll on another few weeks when suddenly, out of the blue, (now that's a good song title) Matt Lawson asked me if I was working on anything, as he had a few new lyrical ideas that he was going to send over to me. I read through his lyrics and a couple of them jumped up and slapped me around the face but, I was still struggling to come up with any melodies or musical ideas.

During this period, I had been toying with the idea of releasing a single and floated the idea to a few members of my family and a couple of close friends. The song, Together Forever, was one Matt and I had written some time ago, that had just sat on the back burner. I worked on this “single” and realised that I had nothing suitable to put out with it and I didn't want to release just one track on its own. So, I began looking for something new that I could release alongside it.

At this time, I still didn’t realise that I was going to do an album. But, like a perfect storm, ideas started coming along. If I was going to do an album, it would be based around Together Forever but, what direction did I want it to take? I knew that I wanted the songs on the album to be positive and I said to Matt: "I don't want any sad love songs. If we are going to do love songs I want them to be happy."
"Another thing I don't want to do are protest songs, I want songs that reflect a more enjoyable aspect of life."

If we go chronologically in order of the songs being written (not recorded) for this album, then technically, it would have to be: Rave On, this is a cover version of a Buddy Holly classic and is one of the first songs I learnt to play. The next song is another cover version, this time of a song by Cat (Yusef) Stevens, How Can I Tell You? Taken from the Cat Stevens album, Teaser And The Firecat. (I’ve always loved this album and would really like to record ALL of the songs on it!) Once again, this was one of the earliest tracks that I was playing and I remember sitting down with my siblings and friends, singing both of these songs, long ago, in the mists of time. Then there is Stones, yes, this is another cover version, this time it is a Status Quo track and to those that know me well, it should come as no surprise that I have finally done one of their songs. This one is written by Alan Lancaster and I have loved it from the first time I heard it. It is an album track that can be found on the Status Quo album, If You Can’t Stand The Heat and is probably not that well known, which is one of the main reasons that I chose it.

The three cover versions are on this album for two reasons. Firstly, because they are personal favourites that bring back happy memories and secondly, because I feel they all keep in with the Red Thread theme of the album.

Keeping with the chronology of the writing, the next track is Oh! Baby. This was written by Stuart Bennett and myself when we were using the name, Strategic Plan. We never actually recorded this song but it is one that I have always enjoyed and, having only recently made contact with Stuart again, after a very long time trying to track him down, I wanted to acknowledge the fact that Stuart was my first musical cohort and also that I still strongly believe that we wrote some damn good songs together, that really do stand the test of time.

As I mentioned previously, Matt and I had written Together Forever, several years ago and originally, this was a track that Matt did for himself and the original version is with Matt's vocals. I have always loved this song and wanted to do my own copy and that is the track that appears on this album.

End Of The Line, came along next. well when I say it was next, what I mean to say is, it was the next song completed. During this phase of the album's creation, there was a real flurry of activity and there were several songs all being worked on at once.

Now it gets a little confusing because, the original idea for End Of The Line became a new song, Rollin' Along, I wrote another new song which is now called End Of The Line but, didn't finish Rollin' Along, wrote Red Thread (Akai Ito), took Matt's lyrics for Following Me and wrote the music for that, and started working on the melody and music for Nuff Said, as well as another one of Matt's ideas, Lighthouse, taking shape. four songs completed in about two weeks! Also, during this time span, I wrote a couple of other tracks that are currently on the back-burner. But I still hadn't finished writing Rollin' Along, as this one was proving a little trickier than I had originally envisaged when I started writing it in Japan, all those months ago.

This gave me 10 songs and one that I really liked, but was struggling to complete. so, I focused on finishing Rollin' Along and once I had completed that I wrote Love Is Here To Stay. There you have it, a chronological order for the writing of the songs. But that doesn't tell the whole story, as they were not recorded in that order.

When it came to actually recording the tracks, they were laid down in this order: Together Forever; End Of The Line; Red Thread (Akai Ito); Following Me; Stones; Rave On; How Can I Tell You?; Oh! Baby; Lighthouse; Nuff Said; Rollin' Along; Love Is Here To Stay.

As a side note, when I finished recording Following Me, I really wasn’t sure of which other tracks to record and at this point I really wasn’t sure I would be able to do a full album. It was while I was struggling with Rollin’ Along that I thought “sod this” and started thinking about some of my favourite songs that I could maybe use on the album, if indeed that was the direction everything was going to take. It was during this period, that I finally decided that it would be an album and that it would be called Red Thread. This helped me to regain my focus and suddenly I knew what I wanted to do. Well, almost.

The running order for the album sort of happened on its own, without any real thought going into it. As I recorded the tracks they seemed to begin falling into place. I had originally intended to structure the album as a sort of story of my life, over the past 12 - 15 years or so, starting with the way I felt at the beginning of this time with Stones, working through my meeting and falling in love with my wife and then ending with the song End Of The Line. I still think that would have worked quite nicely but I prefer the ebb and flow of the tracks in their final positions and I feel it makes for a more enjoyable journey.

So, the songs were duly written and the 12 tracks were recorded. They are presented to you now, in the album Red Thread. I really hope that you enjoy them, as much as I do. There is a story of love and happiness, with a splash of my own humour thrown into the mix, within the tracks on this album and, even if I say so myself, I think they are damn good.

Here is where I get to say thank you to a few people so: Big thanks and love to my Mum, my sisters Angela & Nichola and my brother John for suffering the most when I first started to play. Your encouragement, criticism and humour, then and to this day, is something that I really appreciate.

Stuart Bennett: Thanks for the great times when we were Strategic Plan & then Table For Two. I think we wrote some bloody amazing songs during our time together and I have drawn on them, and used them as inspiration to this day.

Matt Lawson: For the lyrically input and putting up with my destroying your hard work, to make it fit my melodies. Also, a big thank you for your encouragement, at the right moments and the kicks up the arse when I have need them, much appreciated.

Thanks, are also due to other members of my family and friends, for supporting me in so many ways. There really are too many to mention, each individually by name but I would like to pick out a couple for special mention: Dad, Tracey, Julie, Kira, Richard Castle-Hacker, Vikki, Jenni and uncle Tom Cobbly and all!

Final thanks must go to the wonderful Sayuri. She has really suffered the most during the recording of this album. Listening to me screech (I honestly believe it was singing but I am reliably informed otherwise about this) as I was writing the songs. Listening to me swear, constantly, when something wouldn’t go right when I was practicing the guitar, keyboards, Bass, programming the drum lines, singing or generally trying to record stuff. For putting up with the questions: “What do you think of this?” or “How do I say this in Japanese?” or “Any chance of a cup of tea, while I’m doing this?” She is my inspiration, my best friend, my life and I dedicate this album to her and to the Red Thread that joins us. (Can I have that bacon buttie now?)

I hope that you are still Following Me. That the Stones, do not weigh you down, because Together Forever, we will find that Love Is Here To Stay. Oh! Baby, Rave On because up ahead there is a Lighthouse and as we are Rollin' Along, following the Red Thread, I will wonder, How Can I Tell You? That we maybe approaching The End Of The Line, Nuff Said.

All voices and Instruments: R. Tunbridge